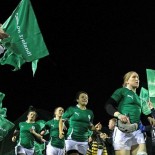 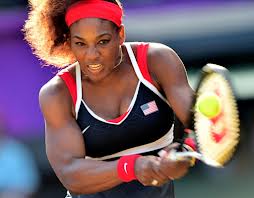 “Reigning champion Serena Williams went the distance in order to win her quarterfinal match, while Maria Sharapova had an easier time reaching the semifinals at the $4 million Madrid Open, a clay- court French Open tune-up.

The world No. 1 Williams barely got past Spanish wild card Anabel Medina Garrigues, 6-3, 0-6, 7-5, in 2 hours, 14 minutes at The Magic Box. Medina Garrigues lost despite recording more service breaks (5-4) than her American counterpart on Friday.

After getting bageled in the second set, Williams fell behind 2-4 in the third, despite jumping out to a 2-0 lead, as Medina Garrigues won 10-of-12 games at one point.

But the American great rallied, breaking the 63rd-ranked Medina Garrigues’ serve twice en route to one of her trademark come-from-behind victories.

“It was definitely a battle,” Williams said. “I obviously didn’t do much in the second set and gave her confidence to play better.”

This entry was posted on May 10, 2013 by itsdifferentforgirls in Tennis and tagged Madrid Open, Maria Sharapova, Serena Williams.